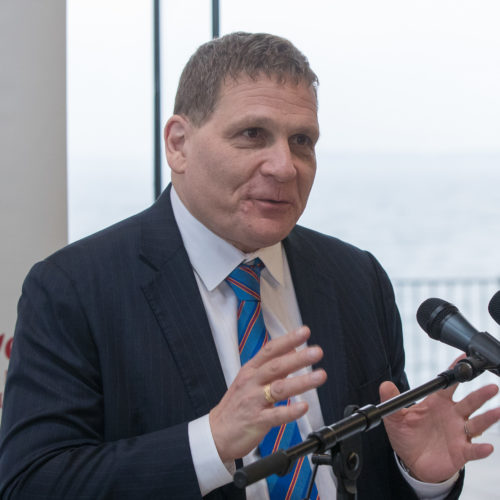 Daniel Woolf served from 2009 to 2019 as the Principal and Vice-Chancellor of Queen’s University. His academic career has taken him around the country including academic and administrative appointments at Bishop’s University, Dalhousie University, McMaster University, and the University of Alberta. From 2017 to 2019 he served as Chair of the Council of Ontario Universities. He has also served as Chair of the Universities Canada Standing Advisory Committee on International Relations, a member of UCan’s Education Committee, and as Vice-Chair of the U15 Group of Research-Intensive Universities. During his time as Principal of Queen’s he oversaw significant changes in budget and revenue allocation, pension reform, learning outcomes measurement, strategic planning, and mental health support. He has also traveled very widely internationally.

Dr. Woolf is a historian by academic discipline who holds a BA (Hons) from Queen’s University (1980) and a D.Phil. from the University of Oxford (1983). He is a Fellow of the Society of Antiquaries of London, the Royal Society of Canada and the Royal Historical Society. The author or editor of numerous books and articles, he is currently on leave from Queen’s working on several projects, including a guide to flourishing at university aimed at students and parents. He is married with 3 post-university age adult children.

All Sessions by Dr. Daniel Woolf